As Chief Human Resources Officer, Paul Kittel was always aware of the importance happy employees portray to a company’s success. As a medium-sized enterprise, ROM AG must also be able to quickly react to changes and problems. With almost 1,000 employees, communication with employees, as well as understanding their wishes, concerns or problems can be very challenging. 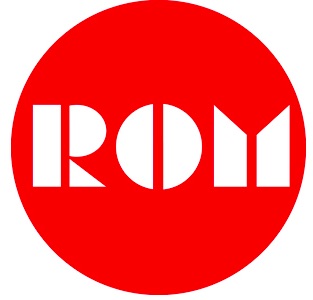 ROM AG is an international furniture manufacture selling over 30,000 products in over 20 countries annually. The family business was founded in Belgium in 1961 and is currently run in the second generation by Paul Rom. With four production sites and approximately 1,000 employees, ROM AG has grown to be the largest upholstered furniture manufacturer in Belgium.

It had taken less than 24 hours to set up the product and receive first results. That was quite a success. We had found a solution that suited us perfectly.

As Chief Human Resources Officer, Paul Kittel was always aware of the importance happy employees portray to a company’s success. As a medium-sized enterprise, ROM AG must also be able to quickly react to changes and problems. With almost 1,000 employees, communication with employees, as well as understanding their wishes, concerns or problems can be very challenging. Kittel himself had already confronted these issues intensively. He previously worked at several large enterprises where employee surveys had already become well-established and constituted an essential part of the corporate culture. He now wanted to introduce this culture to the ROM AG.

"For quite a while I had thought about our need for a professional survey solution that our employees can trust. We searched for a product which could conduct effective employee surveys in several languages. There are of course very many providers on the market. But they are either very expensive, only available in one language, or they require a lot of know-how to function."

Based on the company principles „Professionalism, Creativity and Humanity“, ROM AG began to look for a suitable partner for employee surveys.

We instantly recognized that this is a really professional tool which offers solutions even beyond employee surveys.

Mr. Kittel began looking for employee survey providers. Different products were tested, but none seemed to quite fit ROM AG. Many providers hardly offered any predefined information, forcing the costumer to start almost from scratch. Other survey solutions were too unstructured and difficult to handle.

"Then I came across Honestly more or less by coincident and was impressed immediately! A colleague and I traveled to Cologne to look at the solution with Honestly’s sales department. We instantly recognized that this is a really professional tool which offers solutions even beyond employee surveys. The software is intuitive and easy to operate. The price is fine. This is it! We didn’t have to look any further."

When Mr. Kittel and his colleague returned from their visit to Cologne, they had already received trial access to Honestly’s product. In his excitement, Mr. Kittel set up his account the next day and tested a first survey with four colleagues.

"The questions were answered on that same day. I could watch the dashboard fill with feedback data. By the next day we had already been convinced. It had taken less than 24 hours to set up the product and receive first results. That was quite a success. We had found a solution that suited us perfectly."

ROM AG started out with an executive survey sent out to 25 managers in Belgium and abroad. A month after this successful trial run they started a second round of surveys, now including all 100 employees of the production site in Belgium.

A Wave of Feedback

Even Mr. Kittel was surprised by the influx of employee responses:

"From the 100 employees 75% to 80% took part in the surveys. The management survey even scored over 90%! The combination of pre-defined and open questions was perceived very positively. We also had an enormous response rate to the open questions; about 50% of the respondents gave open feedback as well. Altogether we collected quite a lot."

Far-reaching insights can be drawn from this large amount of feedback. Mr. Kittel plans to develop other surveys, for example, to determine whether or not suitable measures were taken in response to survey results.

Mr. Kittel is also convinced by Honestly’s implementation method of the pulse survey. Since every cycle consists of very few questions, each is given more attention. The extensive questionnaire is not rushed through at once, but rather spread out over the course of several weeks.

"Since we conduct the pulse survey over a span of several weeks, the topic of employee engagement is on the employees’ minds. This also makes them more conscious when participating in surveys."

According to Mr. Kittel, the three major advantages of Honestly are its multilingualism, easy handling and its mixture of predefined and customizable elements:

"If we want to get started quickly we can use the very professional pre-defined pulse survey which is easy to customize and tailor to our individual needs. In addition, we have the option of creating and combining our own surveys. That’s a great concept!"

The solution is anonymous, professional and the questions are very insightful

The new feedback solution is popular not only with Mr. Kittel but also among his colleagues at ROM AG:

"Our employees were very open in giving their feedback. The solution is anonymous, professional and the questions are very insightful. Judging by how widely and openly it was used, I would say that the product was received in a positive and professional way."

The openness of employees towards the survey, Honestly’s effective solution and Mr. Kittel’s competent handling of the data have contributed to the many new insights drawn from just one question cycle.

Mr. Kittel works extensively and proactively with the data collected by Honestly. He has started organizing workshops with different employee groups on a regular basis. This has enabled him to address problems and draw concrete results from the pulse surveys.

"We could see from the dashboard that our employees are clear about the tasks, roles and responsibilities of their positions. But at the same time they feel constrained by bureaucracy and co-workers. Of course: We’re talking about employees who have worked in the same company for many years and are convinced they are doing the right thing. But even when employees have been around for years; a company changes. This has been eye-opening for the employees that took part in the workshops, and was something that we could prove by looking at the data."

Another "eye-opener" had to do with recruitment:

"We are currently looking for new employees. I noticed that our own employees all responded positively to the pulse survey item "I would recommend my employer“. All we had to do was to dissect the seemingly abstract questions: Perhaps we should tell our employees to share the open position through social networks (given they would recommend us). Conclusion: We noticed that our employer brand has had a much stronger presence in the past weeks, and we receive more unsolicited applications."

Something very important which the surveys have achieved, is that we work together more closely and effectively. It’s nothing I can quantify, but it’s very valuable.

"It would have been really expensive if I as HR manager would have had to set up an effective survey on my own. In that sense we have saved a lot of money since Honestly provided us with such a professional solution. To get back to the recruiting example: If I have to place fewer job postings because an employee can be found internally, that will cut costs. There are many more similar examples. But something very important which the surveys have achieved, is that we work together more closely and effectively. It’s nothing I can quantify, but it’s very valuable."

Asked whether his expectations regarding the product were met, Mr. Kittel answers:

"Can’t you see that? (laughs) This solution is great! It is just the right mix of customizability and standard: You start out with a predefined structure which you are guided through. Then you develop your own ideas and find out that you don’t even need a new tool but can continue using the same solution. We are very happy customers. I am already looking forward to developing the next surveys together! And you also have great customer service, not everyone does. That also deserves mention!“

See for yourself how easy it is to
use Honestly in your business.

Thank you! We will process your request and be in touch with you shortly.